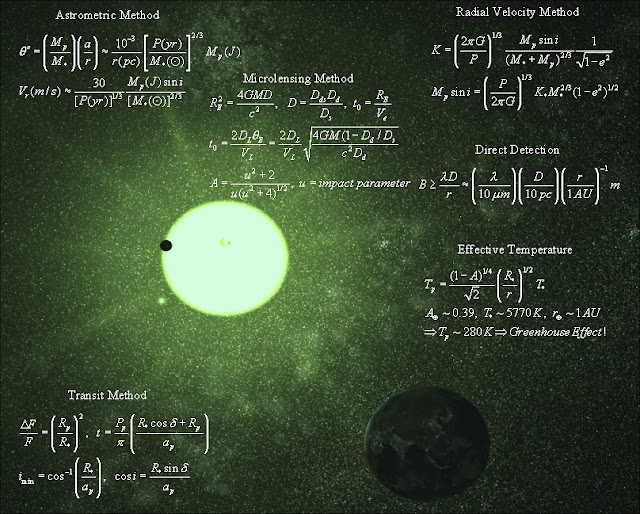 We often detect exoplanets through the small effects they have on the motion or light of their star.

Detecting the planet's atmosphere is even more difficult, usually by measuring the star's spectrum during planetary transit and by comparing it with the "pure" star's spectrum, which can determine the wavelengths absorbed by the planet and determine its atmospheric composition.

But changes in the star spectrum during transit are tiny, so many transits need to be monitored for reliable results.

A method has now been proposed to determine the existence and even the approximate density (though not the composition) of the atmosphere in just a few hours of observations.

The method is based on the fact that the existence of the atmosphere lowers the temperature of the diurnal side of the planet.

Depending on the thickness of the atmosphere, the dominant effect may be the reflection of the star's radiation or the distribution of the incoming energy during the day and night.

By knowing the planet's distance from the star and the temperature of the star, we can calculate how much the planet's day should heat up.

These measurements are best done while the planet is hiding behind the star, so we can compare star plus planetary light with star light and determine planetary temperature; moreover, it was at that time that the day's side of the planet was facing us.

These observations will be made possible by the James Webb Space Telescope, which is expected to take off in 2021.

He will observe the sky in the infrared band, which is the most suitable for planetary studies, because it is here that the planet emits the strongest radiation.
#All articles #Astronomy
Bagikan berita ini ke yang lain