What are the planets at the black holes?

What are the planets at the black holes? 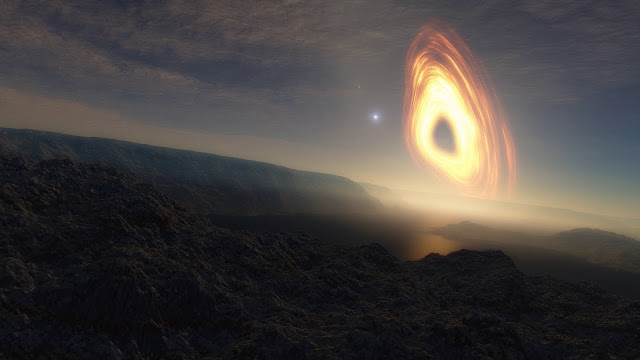 Research results published last week suggest that planets can form near supermassive black holes. In an active black hole environment, a few parsecs away, conditions very similar to those of protoplanetary discs near young stars are formed.

The gas surrounding the black hole obscures this region from the vigorous radiation emanating from the center, allowing dust to grow there.

The subsequent growth process would be very similar to the normal formation of planets: the dust will trap with each other, pressing until finally its gravity concentrates the compounds into ever larger rocks.

True, the process at supermassive black holes would be slow - about 100 million years, not a few million as in stellar environments.

On the other hand, tens of thousands of planets could form around one black hole during this period, making the system extremely rich.

It is not yet known how such planets could be detected, as conventional exoplanet search methods are inappropriate when planets revolve around an illuminated and very massive body.
#All articles #Astronomy
Bagikan berita ini ke yang lain